Note: On December 18, 2015, it was announced that implementation of the Cadillac Tax will be delayed until tax years beginning after December 31, 2019.

With the onset of the Affordable Care Act (ACA), a lot of questions have been posed about the “Cadillac” tax often mentioned in the media. The Cadillac tax is in fact simply an excise tax of 40%, to be placed on any benefits provided to employees that exceed a certain threshold. 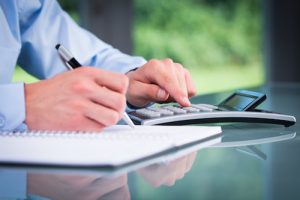 When the annual cost of an employee’s healthcare coverage exceeds the thresholds below, employers will be susceptible to the Cadillac tax:

The only exceptions are for retirees who are not entitled to Medicare benefits, and individuals engaged in high-risk professions. In this instance, individual coverage will increase by $1,650, and family coverage by $3,450.

The purpose of this tax is to deter employers from providing overly generous healthcare benefits to employees and to ensure more insurance dollars are spent across a greater number of people. Although the tax doesn’t come into effect until early 2018, it is expected to collect $80 billion dollars by 2023.

To avoid paying the Cadillac tax, employers are renegotiating employee contracts. This may result in employees being offered reduced healthcare benefits, or being pushed out of high cost plans and into ones with bigger deductibles; with healthcare benefits being the reason they originally joined a particular organization. Employees are also being offered the opportunity to enter into health saving accounts (HSA), allowing them to contribute towards their healthcare costs, and remain on the same or similar healthcare plan. It is still unclear whether these measures will also be susceptible to the tax.

While it is believed that only larger organizations offering generous healthcare benefits will be affected, the rising costs of health care may result in almost 60% of employers facing the levy by 2022, compared to a third of employers in 2018.

There have been numerous attempts to cancel the tax, as employers feel they are being penalized for offering generous healthcare benefits, and employees are concerned about their benefits and the additional costs involved. With the IRS issuing guidelines for administration over the coming months, and legislation being introduced to cancel the tax, this will be an interesting topic to follow over the coming months.