On May 25th, it was announced that Salesforce has partnered with Amazon to use their Web Service (AWS) to expand their public cloud infrastructure into new markets. This partnership will allow Salesforce to continue to scale, and enter international markets more quickly. Although they currently use AWS for a number of services, including Heroku, this is the first time their core services will be stored on another company’s servers. 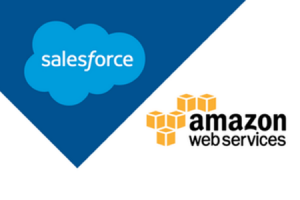 Amazon, Microsoft, and Google run massive arrays of servers, storage, and networking. They rent these out to customers to allow them to cut capital spending and focus on research and development. Salesforce looked at these other cloud infrastructure providers before deciding to partner with Amazon. With an established relationship already in place and their range of offerings and low prices, this partnership made the most sense.

Salesforce currently has its own data centers in the U.S., Japan, the U.K., France, and Germany. Marc Benioff, Salesforce CEO, believes if you have critical mass in a market having your own infrastructure is certainly cheaper, but there currently isn’t enough demand to allocate resources to build data centers in Australia and Canada.

Salesforce isn’t moving all of its data from its own centers, though, the move is focused on offering core services internationally, particularly where data sovereignty laws have prevented expansion in the past.

Up until now, Salesforce has struggled to dominate global markets due to data protection laws. There is fear that data stored in the US, the home of Salesforce, is subject to the US Patriot Law. This law allows the US justice department to monitor American citizens and others within their jurisdiction.

This has particularly affected the European, Canadian, and Australian markets, where businesses were under pressure to avoid using cloud services where data was stored outside of the country, particularly in sensitive industries like finance and insurance.

The growing Salesforce customer base in Europe has accelerated growth in this market, with Salesforce opening data centers in Germany, France, and the U.K. since September 2014, to deal with data protection issues throughout Europe. 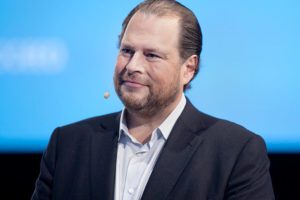 Partnering with AWS will allow businesses in other international markets, such as Canada and Australia to take advantage of the Salesforce cloud-based platform, and store data within their own country. AWS is also present in China, which is known to have strict data protection laws, opening up new opportunities for Salesforce.

Currently, Benioff is certain AWS will only be used in international markets, but as AWS and other public cloud infrastructure partners, lower prices and increase the services they offer, more and more businesses may choose to use public clouds rather than rely on their own computers. This could be a growing trend in the business world, and it is one we will certainly be keeping an eye on.