Artificial intelligence (AI) is a branch of computer engineering, designed to create machines that behave like humans. Although AI has come so far in recent years, it is still missing essential pieces of human behavior such as emotional behavior, identifying objects and handling them smoothly like a human. 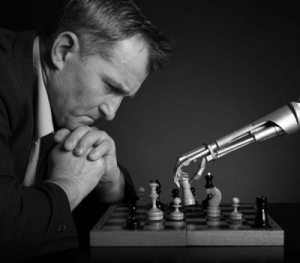 There are a number of areas where AI can be applied, including the following:

There are also different levels of AI. For example, some AI systems align more closely with human behavior. The closer a system relates to actual human behavior, the stronger the AI.

IBM Watson is an example of a strong AI system performing tasks in business today.

The design of this system was inspired by the structure of the human brain. Watson collects masses of data over time, similar to the human brain. People make decisions based on conclusions rather than following definitive rules. This AI system layers the data gathered, allowing it to make informed choices, by identifying patterns in the data and weighing up the possible options based on previous outcomes. This type of data collection and analysis can also be referred to as machine learning or deep learning.

Click here to receive the latest blog posts from our team right to your inbox.