Fraud is a big issue in the insurance industry; $1.1 trillion in premiums is collected annually, for which it is estimated that the cost of fraud annually is $30 billion. Most of this cost is passed on to customers in the form of higher insurance premiums, approximately $200-300 per family annually. Insurance companies have also been known to go under due to excessive claims and/or the looting of company assets. 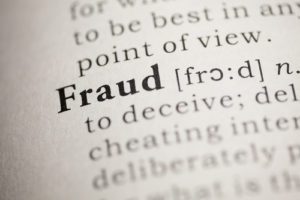 Using historical and incoming data, insurers can implement data analysis software to detect trends in fraudulent claims. This can automatically flag high-risk claims based on pre-determined indicators. For example, if a claimant has previously made a number of claims, a new claim may be flagged by the system to be looked into further by the claims administrator.

I recently read an article about railroad retirees who worked on the Long Island Rail Road (LIRR). In one year, 97% of employees who applied for disability payments after retirement received them. This statistic would suggest that the LIRR is a dangerous place to work, but surprisingly it has won national awards for improving worker safety in four of the last five years, and even more surprisingly the LIRR received no disability claims from current employees last year. There are a number of alarming results that were found when historical data was analyzed:

The Railroad Retirement Board is funded by the taxes from employees and the railroad, but last year Social Security had to contribute $3.6 billion to cover expenses – Something everyone in the US is going to contribute towards.

This case may be extreme and the internal workings of the railroad may have allowed for this to happen, but it is an example of where analytics could have prevented overpayment for many years. If the Retirement Board had implemented analytical software they may have detected trends from retired LIRR employees and flagged these claims to be further investigated. This case also shows the importance of integrating claim information. If the LIRR had been involved it would easily show that these employees only became disabled after retirement, with their roles having little effect on their well being.

Granted there are a number of genuine claims coming through the system, but it is unfortunate that others have taken advantage of such a generous system.

Proposed Act to Reduce the Number of Employees Protected by the ACADisability Claims, Voluntary Benefits