As of October 1st, 2015 the ICD-9 codes have been replaced with ICD-10 codes. ICD-9 codes were deemed outdated and no longer considered usable in today’s world. ICD-10 codes were introduced to include new technologies and diagnosis, and to allow flexibility to include greater detail in expanded code format in the future. The significant changes between the two code sets are outlined in this previous blog post. 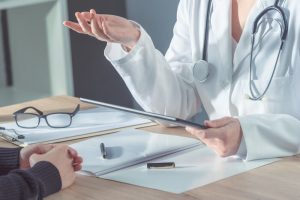 Medical providers covered by the Health Insurance Portability Accountability Act (HIPAA) were required to transition as of the beginning of this month. So far, reports on the transition results have been positive, but it is still early.

There have been no reports of critical issues with technology or health plans, which is a good sign that providers prepared for the switchover. Following the implementation, Humana and UnitedHealthcare have reported that the code switchover is going well based on their initial data, although there has been a small increase in claim rejection rates. With only 0.3% of claims rejected for coding errors since October  1st,  they remain optimistic that almost everyone is prepared for the switchover.

As of October 1st,2015 ClaimVantage has updated the MDGuidelines package in the claim system to offer companies access to both ICD-9 and IC-10 medical codes. To ensure full support during the transition, MDGuidelines will offer access to ICD-9 codes until October 2019.

To ease the transition to ICD-10, MDGuidelines offers providers an easy to use ICD mapping service, providing accurate ICD-9 to ICD-10 equivalents. This transition assures claims can be logged using the correct ICD code, ensuring there is no delay in payment due to rejection.

Learn more about the technology which ClaimVantage’s integrates with here.