According to a recent report entitled “Business and Technology Trends: Claims” released by Novarica, the need to improve predictive analytical capabilities is driving core claims system replacements. Data silos and legacy systems prevent insurers from using data and analytics to the best of their ability, with 48% of insurers indicating that they spend a considerable amount of time addressing legacy IT issues. Overcoming these obstacles by investing in technology can give insurers a competitive edge. 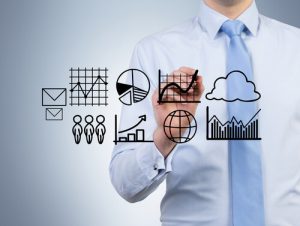 According to a recent State Street report, just 39% of insurers say that they are effective at collecting and aggregating data, and turning it into actionable insights. Collecting on data to generate actionable insight is now a top priority for insurers. Insurance claims systems often consist of multiple, decades-old platforms, applications and databases, each supporting a different part of the operation. Bolt-on systems have been added to legacy platforms over the years to add functionality, further complicating the claims system.

Predictive analytics can help insurers in a number of ways, with two of the main benefits being:

Claim scoring is frequently used to help insurers identify potential fraudulent claims. According to the Novarica report mentioned previously, almost half of insurers are using claim scoring to identify high-risk claims for further investigation. Large insurers are also more likely to use anti-fraud technology than smaller carriers who rely heavily on the observations and insights of claim adjusters.

Along with claim scoring, automated alerts and red flags, advanced analytics, workflow processing to route high-risk claims to an investigation unit and other tools can also be used to identify fraud patterns. Identifying fraudulent claims results in cost savings for insurers whereby these claims may have otherwise been processed.

High-risk claims that require attention can benefit from early intervention while allowing lower-risk claims to be processed more quickly through automation and auto-adjudication. Being able to distinguish the risk up front increases the overall efficiency of claims processing. Analyzing existing claims data allows insurers to identify potential red flags that create automated alerts.

Automated alerts allow claims administrators to identify employees that may require further assistance before returning to work. An employee who is absent due to a serious illness may require their absence to be converted to a short-term or even a long-term disability eventually. Other employees may simply need an accommodation to be able to return to work. Highlighting these requirements for certain claims before the event allows claims administrators to be prepared for and to take action earlier in the process.