On the 20th anniversary of the Family and Medical Leave Act (FMLA) back in 2013, the U.S. Department of Labor (DOL) asserted that “the FMLA is working,” and that it does not impose a burden on employers.

This conclusion conflicts with employer surveys suggesting that although employers are more educated on the FMLA than ever before, they do indeed struggle with the FMLA and its abuse and potentially fraudulent usage. Littler and Mendelson’s 2014 Executive Employer Survey Report found that 69% of employers were concerned about FMLA abuse within their organization. Today Angie Brown, AbsenceDirect product Manager speaks to us about how employers can combat FMLA abuse in the workplace.

What can be done to combat FMLA abuse?

First and foremost, absence requests should be managed rather than tracked. Employers should not simply approve all absences as FMLA-qualifying simply because someone has an approved FMLA claim. Employers should ensure that employees are reasonably using the time allowed as provided by their physician on a complete and sufficient provider certification.

The real challenge arises when an FMLA claim is properly managed, yet there is still confidence that the employee is taking advantage of the FMLA and the organization.

What should Employers do in that situation?

Well,  in recent years the “honest belief” rule provides employers with the legal justification to investigate and challenge suspected FMLA abuse. The rule has proven to be a forcible tool, and employers have largely been successful using this defense in FMLA retaliation or wrongful termination suits.

However, before a court will uphold an adverse employment action against an employee, the court will expect the employer to validate the accuracy of its suspicions. This usually involves an investigation, but employers must tread carefully!

Dozens of cases have been defended using the “honest belief” rule, generating a growing list of business best practices that have helped to bring victory to employers in court. When defending against a terminated employee’s accusation of interference or retaliation for exercise of FMLA rights, the employer’s defense is based in statute 29 C.F.R. § 825.216;

(a) An employee has no greater right to reinstatement or to other benefits and conditions of employment than if the employee had been continuously employed during the FMLA leave period…. (d) An employee who fraudulently obtains FMLA leave from an employer is not protected by FMLA’s job restoration or maintenance of health benefits provisions.

How Should an Investigation be Conducted?

When conducting an investigation that might warrant termination there are a few key things to remember:

Based on the statute cited above, if a company policy is to terminate an employee for defrauding the employer in any manner, those same rules apply whether or not the employee’s FMLA claim was approved, and the position need not be reinstated.

The challenge is in proving the employer honestly believed the employee was misusing FMLA, misrepresenting facts, or otherwise defrauding the system. To establish a case a well-written, clearly defined absence policy must be presented advising employees what the repercussions are for fraudulently obtaining leave, falsifying documents, or any other deceptive acts.

In the case of Rydalch v. Southwest Airlines, the employer’s attendance policy clearly defined Rydalch’s reason for termination. Southwest’s attendance policy read: “Using sick leave or sick pay for a purpose other than intended constitutes abuse. Abuse of sick leave or sick pay shall warrant immediate termination.” As a result, Southwest had only to prove it had honest belief that the employee had indeed used leave other than for its intended purpose.

How did they prove this in court?

Southwest began to suspect that Rydalch was misusing his intermittent FMLA for back pain when his supervisor noticed a pattern to his absences. Rydalch reliably had flare-ups on important holidays, including July 4, Memorial Day, Labor Day, his birthday, his wedding anniversary, and December 24 and 25. He also missed 35 days before and after his regularly scheduled dates of absence.

Rydalch’s supervisor documented the pattern of events and took the time to go over the attendance policy with him to ensure he understood it. Rydalch confirmed he did. This is a very important step that employers should not miss.  Then the supervisor began to monitor his flights and noticed that on his FMLA days, he was flying back and forth from Texas to Salt Lake City, Utah. Approached again with the attendance policy, he again confirmed that he understood, and again his employer documented thoroughly.

But Rydalch had already booked a flight to Salt Lake City over the Christmas holiday and again requested an FMLA leave. His supervisor was able to show that Rydalch had booked this flight in June, and therefore, had anticipated fraudulently using FMLA time. Southwest clearly had an honest belief that Rydalch was abusing his leave, and the clearly defined attendance policy ensured that they could disprove his retaliation claim. In dozens of cases like this, clearly defined attendance policies were brought forth.

In this case, and many others absence patterns are a common reason for employers to honestly believe that an employee is abusing FMLA privileges.

What Other Signs of FMLA Abuse should Employers look out for?

Other common abuse occurrences are requesting FMLA on previously denied requests for paid time off, and undertaking public travel or visits, posting pictures of activities on social media and, amazingly enough, talking to coworkers about activities while on leave.

Once the employer believes that fraudulent FMLA usage is transpiring, gathering and documenting the supporting data is key. Employers are using several methods to do this today. They may interview other employees or interview witnesses and physicians, as in Weimer v. Honda of America Mfg.

In this complicated case, Weimer was seen by several people building his front porch, climbing ladders, and standing on his roof while he was out on continuous FMLA leave after a head injury at work. These actions were clearly not consistent with someone who had complained of issues with his vision and his balance. Weimer’s physician continued to approve Weimer’s leave because of his statements. Weimer had advised his physician that he only sat around at his home and was not participating in any home projects.

Interviews with witnesses to his activities were important in this case. Weimer cited that his serious health condition was valid and true, and if he completed projects while injured and out on leave, he should be able to do so “at his own risk” — disputing that the video surveillance tape mattered. The physician, however, stated that he had continued to extend the FMLA leave due to Weimer’s statements regarding his symptoms and what he was able (or not able) to accomplish physically. The jury was instructed not to determine whether Weimer actually lied but whether Honda had reasonably and honestly believed that Weimer lied. On appeal, the jury rendered a verdict in Honda’s favor.

Does Employee Surveillance Stand up in Court?

Courts often reject the employee argument that they should not be surveyed outside of their normal working hours. In fact, surveillance has become a favored approach for employers to support their suspicions in proving spurious claims by employees.

In Vail v. Raybestos Products Co., the employer noticed an increase in Vail’s intermittent FMLA usage for migraines during the summer, when her husband’s  lawn mowing business was busiest. In fact, she used 33 FMLA days from May to September. Raybestos hired an off-duty police officer who taped Vail mowing lawns with another person. Vail’s argument that she was never scheduled to work during the day but only the night shift carried no weight in the case. The verdict was for Raybestos, and an appeal was denied.

But surveillance is not a foolproof tool and may not carry the case when used as the sole basis of the belief that an employer was defrauded. 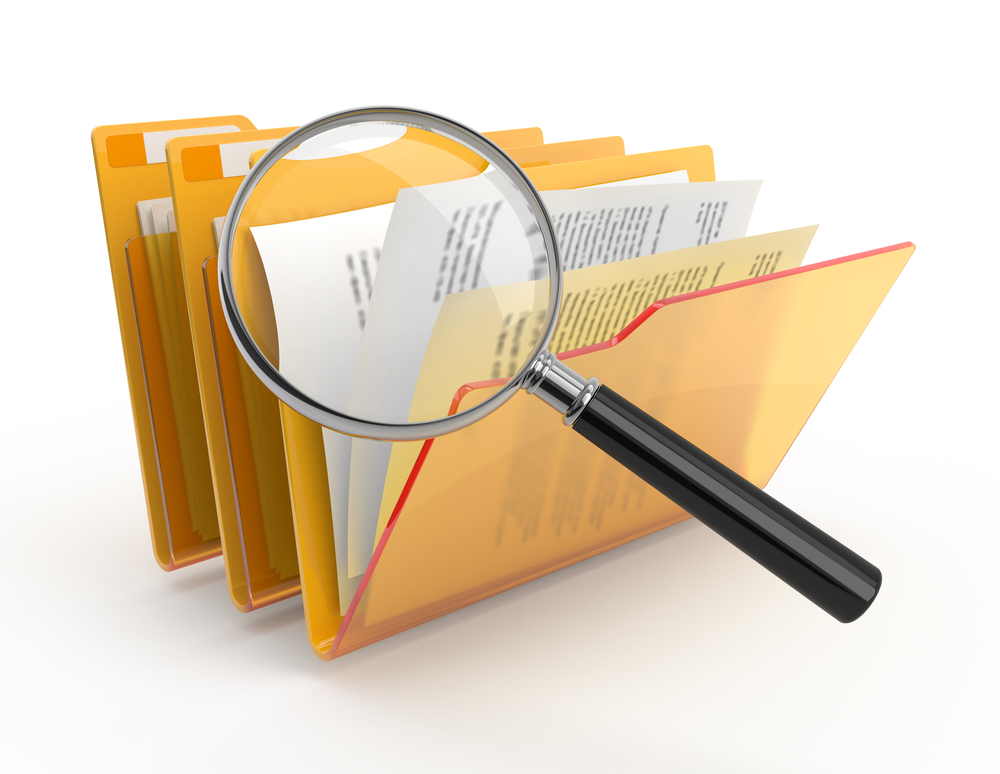 In Nelson v. Oshkosh Truck Corp., the employer failed to prove it had an honest belief it was defrauded when Nelson sued Oshkosh for violating her FMLA rights. The Oshkosh claims manager became suspicious when Nelson hand-delivered her work restriction form that took her out for three weeks, saying that she was “dressed properly” and appeared to be “going somewhere.” Oshkosh decided to initiate surveillance. On two occasions, the investigator found her shopping, visiting her child’s daycare facility, entering and exiting her car, and carrying items.

During this time, her provider certification was returned citing an inability to work and advising that medications had been prescribed. No diagnosis was provided, but one is not needed to determine that a serious health condition exists for the FMLA. The physician advised that she would be unable to perform employment functions such as standing, sitting, walking, moving her arms, lifting, and speaking.

Instead of accepting this certification and validating the company’s honest belief that Nelson was misrepresenting her FMLA claim, Oshkosh called her physician to seek clarification. A new certification was submitted clarifying that the functions previously listed as “unable” were in fact “all possible at times” and she could perform them “only if she felt able.” The new certification also provided a diagnosis of “mental illness” and that being home was assisting with adjusting to her new medications.

Oshkosh questioned Nelson about her activities while out on leave. Nelson did not deny it was she on the surveillance tape and advised that those were activities she felt able to do at that time. Oshkosh terminated her employment. In litigation, Oshkosh was denied summary judgment, although this might have turned out very differently if the company had stopped at the initial certification and surveillance tape — before obtaining a diagnosis of mental illness and receiving clarification that it was not abnormal for her to be able to shop and carry things.

Whether or not the FMLA is working for employers today, the “honest belief” rule certainly is. If an employer has good intentions to achieve the actual best interests of its employees and follows the rules, the FMLA can work for everyone.

If you have any questions for Angie, join the conversation on the FMLA and Absence Management LinkedIn Group.